Ascend® contains Fipronil, which acts on the central nervous system of the insect. Ascend® is particularly effective by way of ingestion.

Because of its unique mode of action, Ascend® is effective against insect pests that have developed resistance to conventional insecticides. 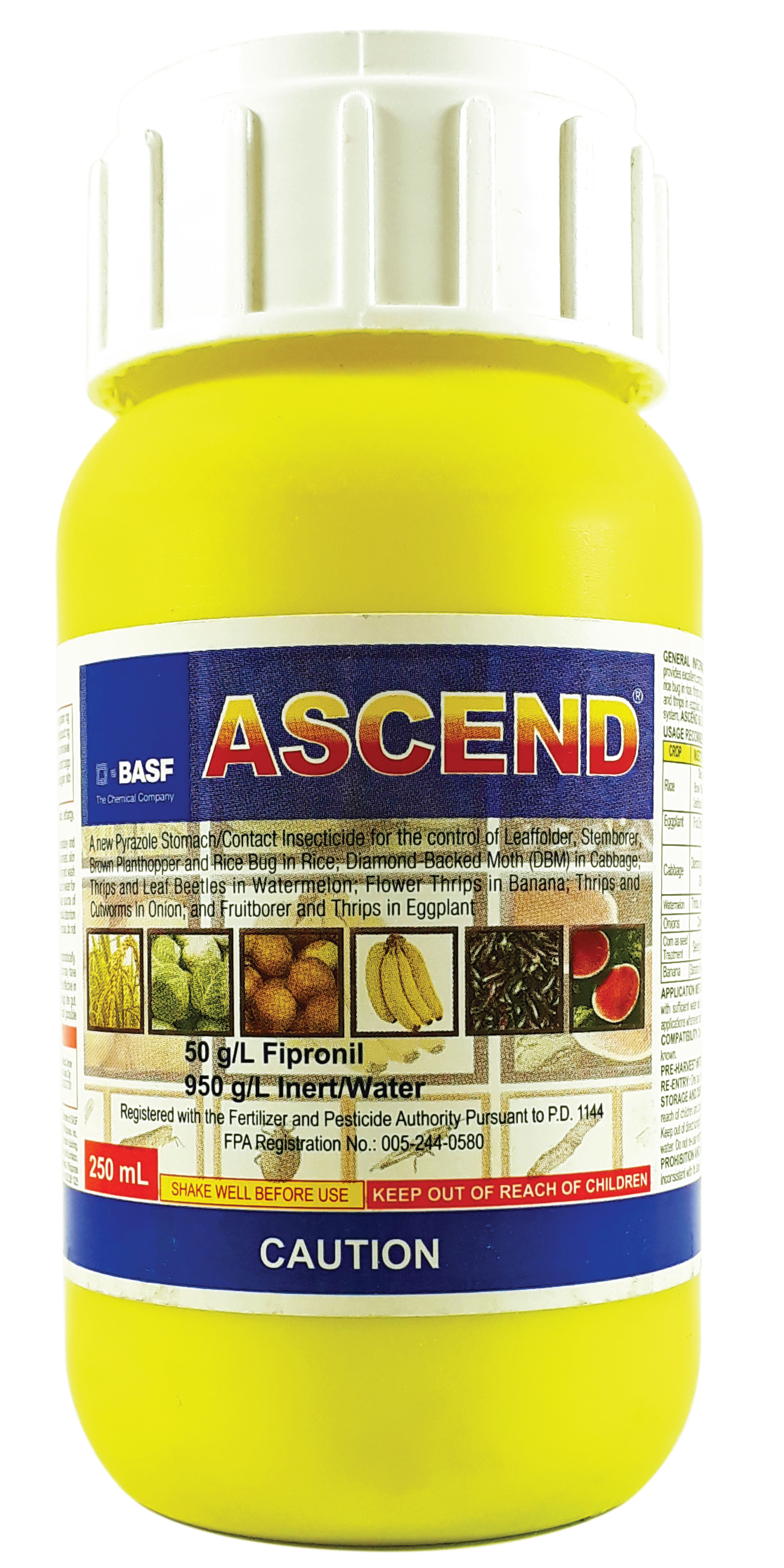 Directions for use: Ascend®

Get more yield from your rice crops with Basagran® by controlling sedges and broadleaves.

The control of Cadre® involves uptake by grass or weed roots and rapid translocation to the growing points. After Cadre® application, weeds turn yellow and growth stops.

Get better quantity and quality harvests with Kotetsu® and protect your crops against Diamondback Moth, Armyworm, Cutworm, and Thrips.

Get the best from your crops with Kumulus® by protecting them from diseases such as Powdery Mildew and Downy Mildew.

The single feed power of Storm