With a superior combination of grain-based palatability and durability, Storm® Rodenticide has an unparalleled rat killing power of flocoumafen for an all-round rodent control.

The single feed power of Storm® allows it to be effective in simple treatment programs requiring less bait and fewer visits than traditional multi-feed rodenticide regimes.

Rather than having to put out relatively large amounts of bait initially and to top them up every few days in at least the first two weeks of traditional treatment regimes for the greatest success, reliable control with Storm® only requires strictly limited amounts of rodenticide put out once per week.

This way prevents the first rats and mice feeding at any stage consuming far more than a lethal dose of rodenticide, allowing less dominant later-feeding individuals access to the bait as rapidly and reliably as possible once their more dominant early-feeding contemporaries are dead or dying.

As well as using less bait than the traditional baiting regimes essential with less powerful rodenticides, simple Storm® baiting reduces the number of visits required for the most reliable control to further minimize the overall cost of treatment.

Using Storm® also minimizes risk to non-target species, with less baiting requirement and with a safety feature in its formulation through Bitrex, an agent to avoid accidental ingestion by species other than mice and rats.

Quick and easy to use

Approved for the use in and around buildings (including burrows) and sewers. 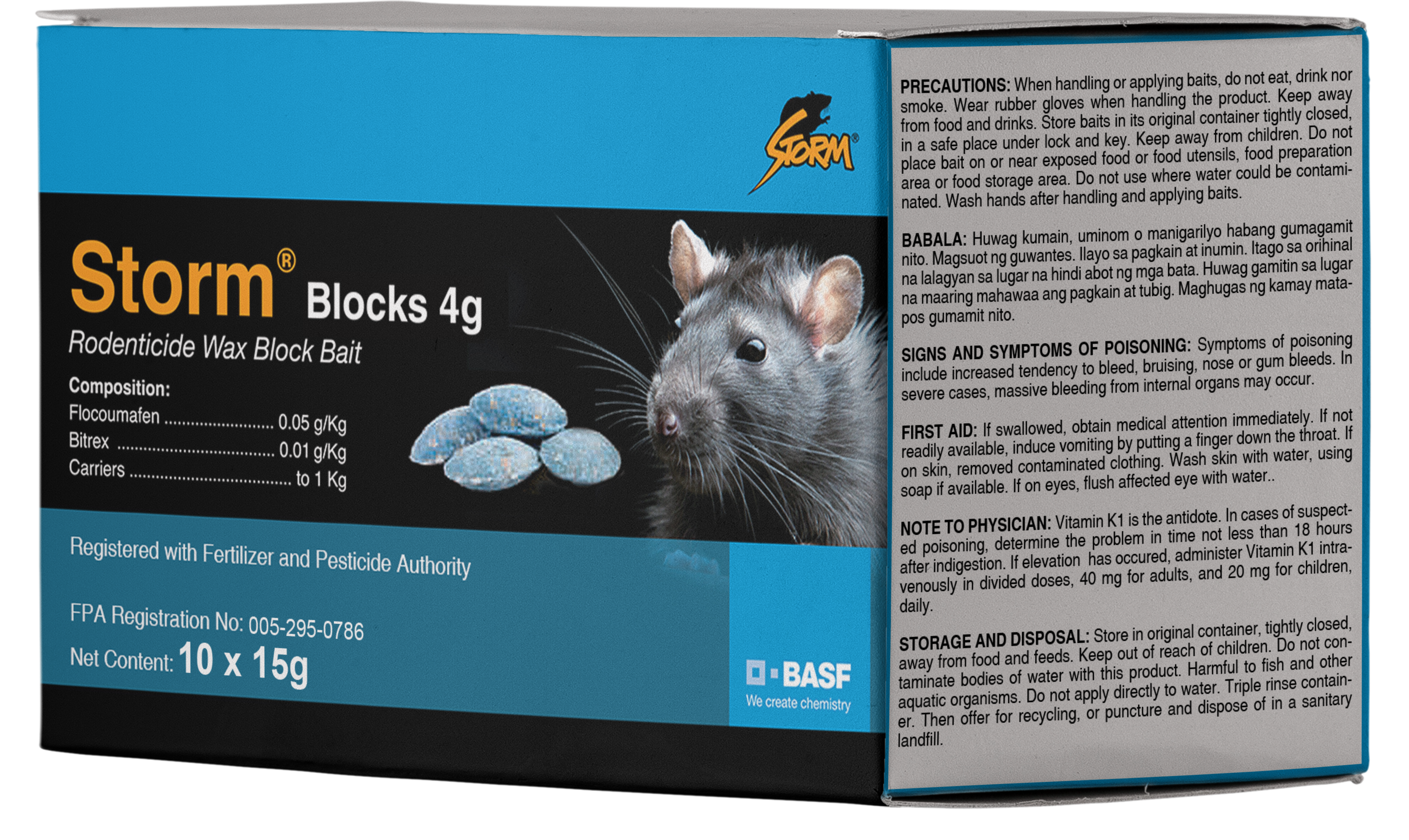 Get more yield from your rice crops with Basagran® by controlling sedges and broadleaves.